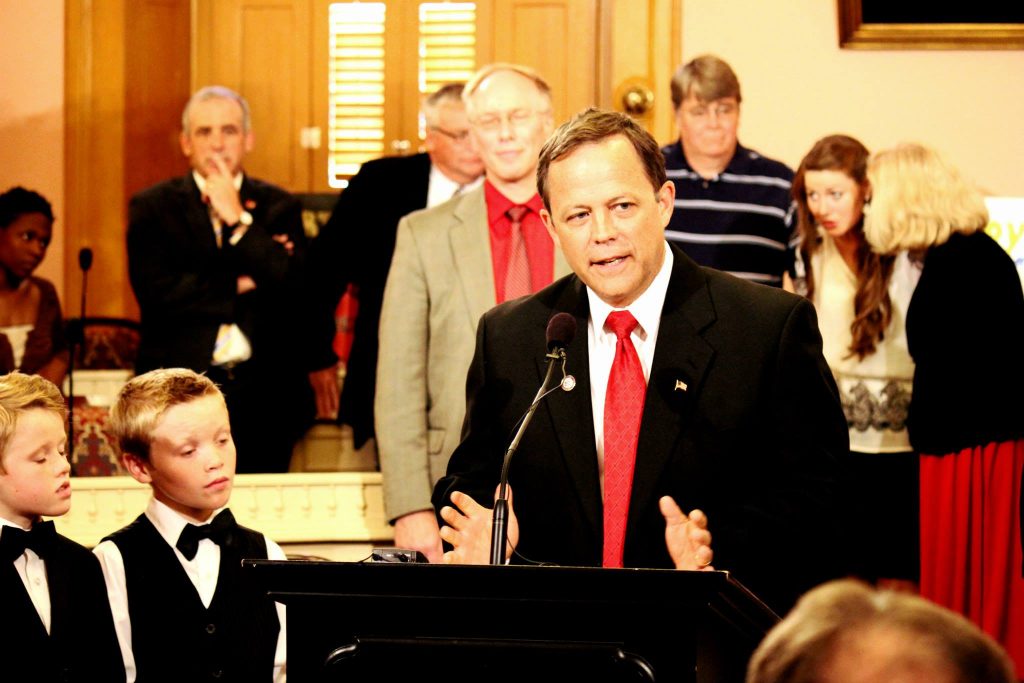 Mark Harrington is Founder and President of Created Equal, a pro-life education and outreach organization based in Columbus, Ohio. Mark travels to universities across the nation to inspire young apologists, mentor future leaders, and introduce cutting-edge technology to the pro-life effort.

Prior to launching Created Equal, from 1999-2011 Mark served as Executive Director of the Midwest office of the Center for Bio-Ethical Reform and President of the Pro-Life Institute—where he led the Genocide Awareness Project on college campuses. Mark has been seen advocating for the preborn in national media, both newsprint—including USA Today—and television—such as CBS’ Good Morning.

Mark holds a Bachelor of Arts from The Ohio State University and resides in Columbus, Ohio, with his wife Paula and their four children.

Mark Harrington is making a huge impact for life, and I fully support his efforts to unmask abortion in the United States.  Mark is a gracious and articulate defender of the unborn, educating thousands annually. — Scott Klusendorf, President, Life Training Institute

I am excited about Mark Harrington and his work with Created Equal. – Fr. Frank Pavone, National Director, Priests for Life

For many years I have known Mark and witnessed his passion, honesty, tenacity, courage, and selfless commitment to the pro-life cause. – Peggy Hartshorn, Heartbeat International

I stand one hundred percent with the efforts of Created Equal, with getting the truth visually out to students on campuses and inspiring them and equipping them. – Lila Rose, President, Live Action