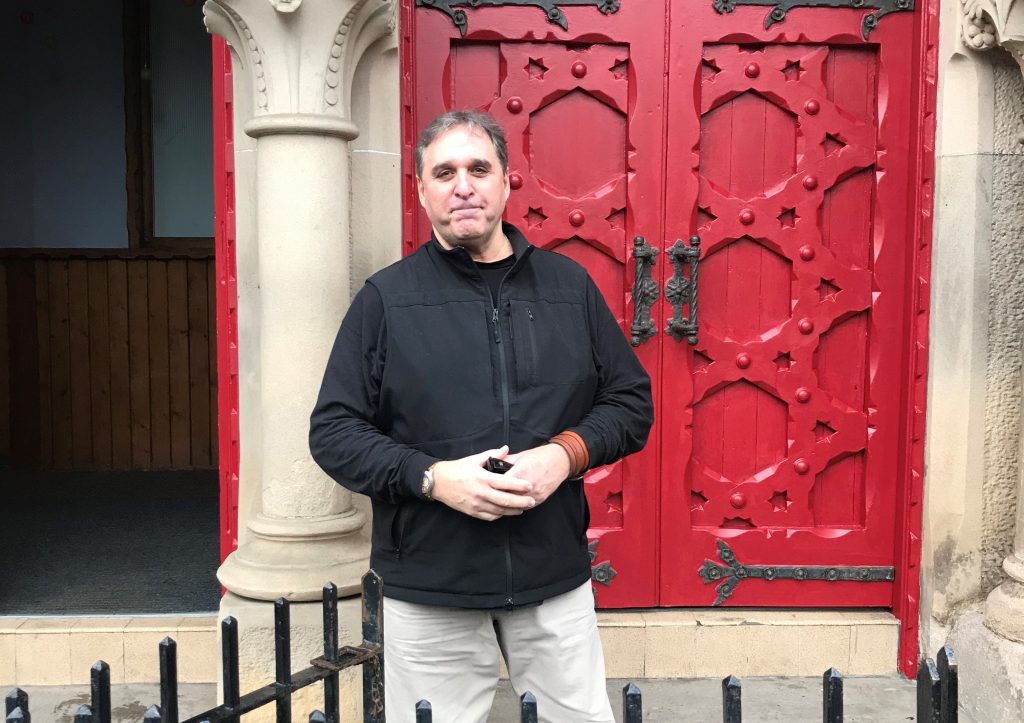 Coming out of the 60’s into the 70’s Russ was a rock n roll bar fighting seeker, consuming drugs, alcohol and searching through every door he could to find some meaning. He was a dabbler in dark occultism and a practitioner of golden Buddha meditation where he was trained in astral projection to seek the ascended masters…. Russ says “I sought to experience anything spiritually or supernatural and alternative I could ….I wanted to find something, some point for living this life.” But I didn’t, instead I found myself on the edge of death and hell itself…. see more in the upcoming autobiography ‘Once Blind’.

Russ Dizdar, was saved in 1975 Ordained to the ministry October 1978 reformation Sunday . He has served as Sr. Pastor of 4 churches over a 30-year period. He was also a credentialed Ex. Director of Greater Akron Youth for Christ, a former Police Chaplain -UNIT 78 UAPD. He is (1982) Founder and now directs Shatter the Darkness, founded and continues to be a ‘missionary’ to the world by radio when he launched the RAGGED EDGE RADIO that is heard in over 150 nations. Author of THE BLACK AWAKENING: Rise of the satanic super soldier and EXPELLING DARKNESS .